i thought this was a cute picture of isaac 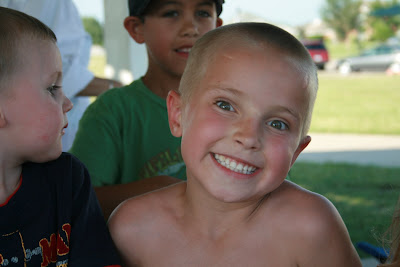 there's only four days of school left. only nine days till girls camp. only five days till jackson's surgery. only two minutes till the kids are going to want lunch:) i can't believe makayla's going to be in second grade, and isaac in first. wow, my kids are getting so old (good thing i'm not:)

jackson's head looks amazing right now. the bump is almost completely gone. it would be really nice if they tell us, he won't have to have surgery. CROSS YOUR FINGERS!!

i'm only getting slightly stressed with everything coming up in the next few weeks. i'm so excited to go to girls camp. i think i've got two girls to watch the kids that week. they in college so i'm not to worried i'm sure they'll be able to handle them for one week.

for mother's day my husband was the man and for my gift got someone to clean my house top to bottom. it was the best gift ever!!!!!! but a last it's starting to need cleaning again:( that's the problem with house work it's never finished. especially laundry. even if i stripped all my kid down and did all the laundry, by the time i fold it and put it away there'd be more laundry to do. so the conclussion is that house work is never done.

i buzzed jackson's head. i need to take a picture and post it.

Posted by Chauntel at 11:52 AM 0 comments Links to this post 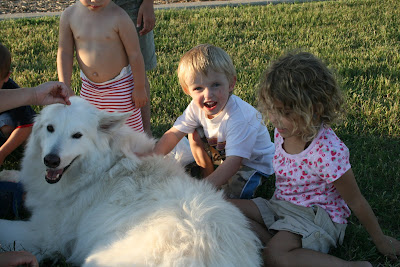 Jackson will have to have surgery again, next Thursday (last day of school) His doctor thinks one night in the hospital is all he'll have to stay. We'll see. It will be the same as his last surgery. Only this time (hopefully) Jeremy won't be sick and will be at the hospital with me.

Posted by Chauntel at 6:37 PM 4 comments Links to this post 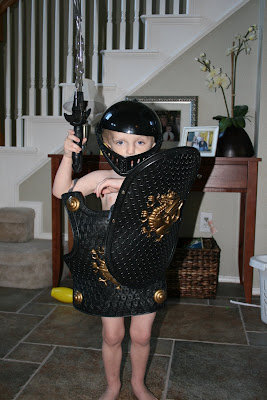 Jackson is such a sweet little guy. He's really been letting everyone have it lately. Screaming, hitting, and spitting. Even with all his outbursts lately, he doesn't have a true mean bone in his body. Isaac could scare me at 3 and Jackson, all you do is walk him over to timeout and he's hugging and loving and saying sorry.

Yesterday I was noticing how bad Jackson's head was looking and I told Jeremy that he's definitely going to need cosmetics done when he gets older. Then today at church, his head looked really unsymmetrical. So, I was feeling his head and he has a huge swollen bump above his right eye. It's not a bruise, it's definitely another "reaction" from his surgery. It's crazy, that the doctor's have never seen this happen and yet Jackson continues to have flare ups (2 1/2 years later.) I'm sure it will go away like the last one. But I can't help but wonder what or if there are other reactions in his body that are affecting his health. He's been a little warm lately but not enough to worry and no other symptoms.

Just remember him in your prayers. He does seem to be getting bigger (taller and beefier:) so that's good.

Posted by Chauntel at 9:46 PM 4 comments Links to this post 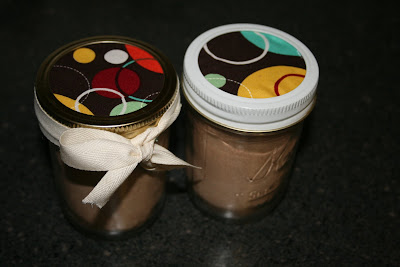 I don't know if their teachers will be brave enough to try any of them but it was a lot of fun for me and the kids enjoyed taking a gift everyday that week:)

Posted by Chauntel at 8:39 AM 4 comments Links to this post

Another season coming to an end 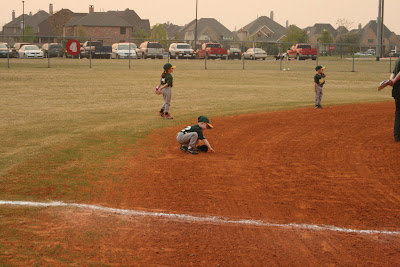 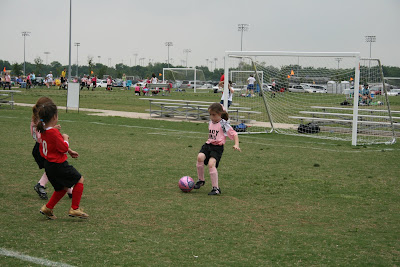 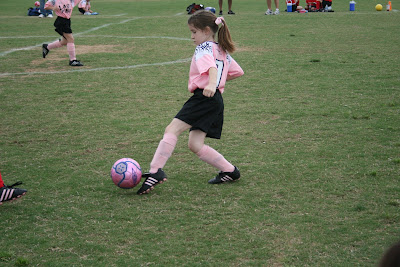 Makayla is almost done with her soccer season. Only one more game to go. She's done so good this year - alot better than I thought she would. Isaac has a few games left and is liking it a lot more since he got someone out. He's actually gotten two out and a few close calls. School is coming to an end. I've signed the kids up for swim lessons. Jackson's old enough to start lessons without having to have me in the pool with him!!!! I tried to get the kids to tryout for the swim team this summer, but when I went to get them ready for tryouts they flipped and wanted nothing to do with swim teams. Oh well, lessons will do for now.

Girls Camp is fast approaching and I still don't know what I'm going to do with the kids that week. I'm really excited to go and to be with my girls and have some fun! I love all my girls; they're all so great.

Posted by Chauntel at 12:15 PM 1 comments Links to this post 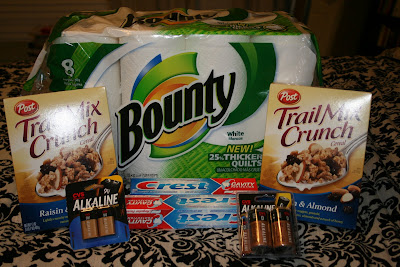 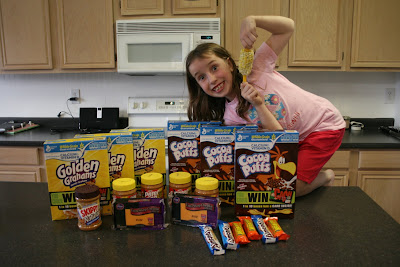 So, I've been doing a lot of the coupon-ing thing lately. I've done O.K. But last week was my first week getting my whole transaction for free!!!!! And one Transaction for $.61!!!! All the stuff in this picture was the .61 one. (I did the picture thing 'cause that's what everybody does in the coupon-ing community:) It will be awhile before that happens again (because I'm not that good), but is was a lot of funny!!!

Posted by Chauntel at 12:08 PM 5 comments Links to this post