So Jackson is standing up by him self and is taking about four steps. It's a lot of fun, watching my baby grow and learn new things.

He's been sick the last few days. It's the same, as about a month ago. He's throwing up and has diarrhea, but he doesn't have a fever and no one else has gotten sick. The only thing that happened both times, is that he was drinking cows milk for few days both times. He's only had cows milk a few times and every time he throws up but not right away. It's actually takes a day or two after. So it could just be a coincidence and he could just be sick or he's allergic to milk or maybe even allergic to something else.

If you have any ideas let me know.

Our camera broke for the second time and I threw it away. They charged me 150 last time to fix it for a little bit more I can get a new one. I wish I could post pictures of our huge mess of a house.

Our new ward seems great. In Jr. Primary there were about 50 kids so it's a little different than our last ward.

Posted by Chauntel at 9:47 PM 2 comments Links to this post

Sunday after church, we're driving to Dallas. We close on our new house Mon. at 11. We're hoping to have all the utilities hooked up by Monday. We're also trying to have a contractor meet us at the house after closing, to give us some estimates on the kitchen, and painting some of the rooms.

Next Thurs. is Makayla's last day of school. We're so sad to leave Sunset Pre-K. It's been such a great experience. I hope we can find a place like it in McKinney for Isaac next year.

Friday we load up the truck and Saturday we unload at our new house. Friday morning Jeremy's going to take the truck up and load our piano in the truck first. It's pretty heavy and will take 4 men to load. (Niki found our piano in a curricular for her area and called me about it) I'm so glad she did.

Sometime this week my new couches will be delivered and today I may go buy a bedroom set for our room. I'm thinking it might be better to wait until we're up there to buy. That way the delivery people can unload it and put it together, so I don't have to (or Jeremy)

Posted by Chauntel at 10:51 AM 0 comments Links to this post 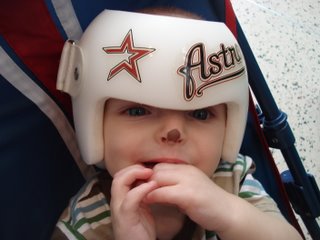 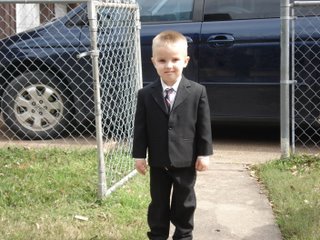 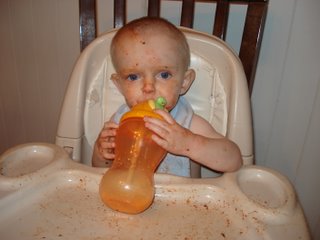 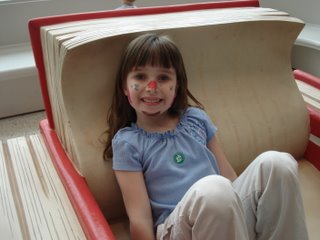 Posted by Chauntel at 11:21 PM 0 comments Links to this post

We have a buyer for our duplex. We don't close until March 15th so hopefully it doesn't fall through.

Jackson is a standing fool, but won't take a step. Last night he was standing, clapping, and dancing to Jeremy playing the guitar. He's been such a big eater. He starts clapping when we go to feed him. He loves pizza, spaghetti, and cut up peas and carrots. He's also started pointing a whining for things he wants.

Isaac hates primary and won't go. He also hates the gym and freaks out. So we don't know if he's scared in social situations or if maybe he just needs more kids his age. The gym is all younger kids and primary only has two other Jr. Primary kids. One of which is his sister and the other is autistic. So hopefully our new ward will have a lot of kids his age. We bought him a suit. He wanted to be like daddy. It looks cute on him. I bought it used for $15

Makayla is doing great. She has a little crush at school or so her teacher and music teacher said. She is such a good girl. I'm so glad she's so easy because Isaac takes so much energy.

Posted by Chauntel at 10:45 PM 3 comments Links to this post