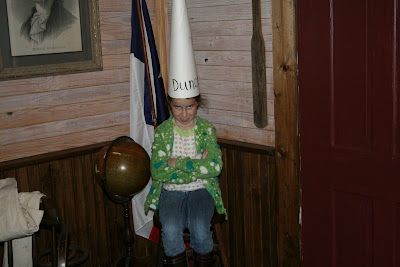 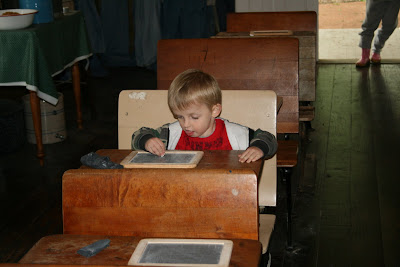 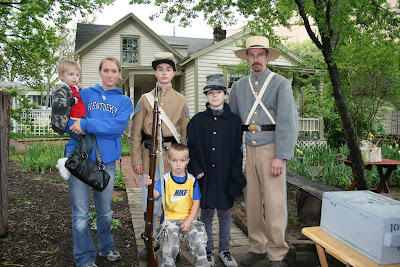 We took the kids to down town historical McKinney. There was a civil war reenactment on Sunday, so we went to the pre stuff on Saturday. Makayla and Jeremy love learning about history. Makayla especially loves it when her dad teaches her a little history. Probably because he's so passionate about it. Jeremy and I shoot a musket and then all of us did some soldier drills. My favorite was the school house. It's the original 1st McKinney school house. There were old pictures of the school when it was in uses. They also had the lst motel in mckinney. The kids had a good time and it was free. What's better than free?

Posted by Chauntel at 10:10 AM 2 comments Links to this post 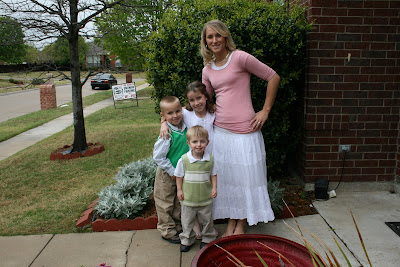 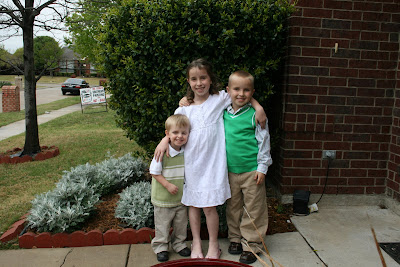 I know jeremy already did an Easter post, but I thought these pictures of us before church were nice. I thought the boys looked adorable in their cool sweater vests! We had a great Easter.

Posted by Chauntel at 10:06 AM 1 comments Links to this post 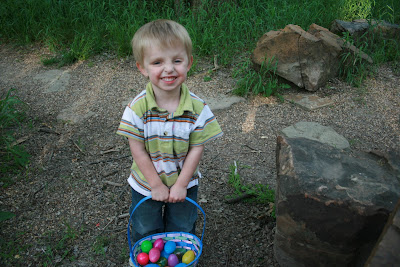 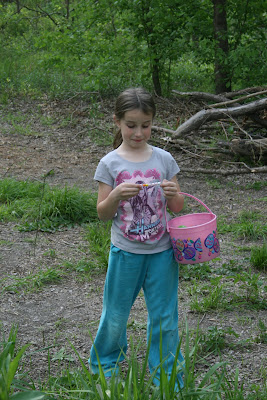 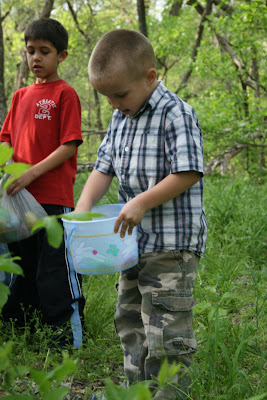 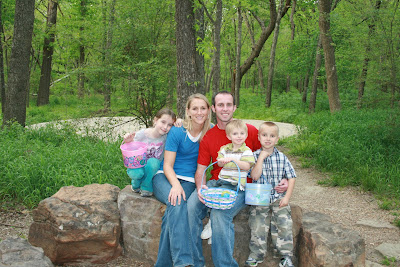 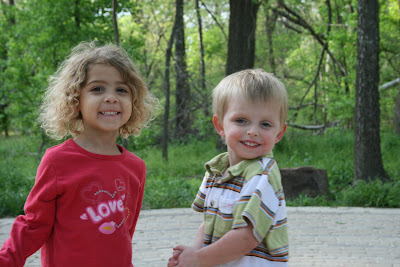 Happy Easter everybody!! The kids celebrated yesterday by having several Easter Egg hunts. They had one with the ward yesterday morning and then in the evening we got together with several other families and had one at the nature center where we go hiking sometimes. Chauntel and the other ladies went before us to hide eggs and us fellas brought the kids a little later and they found'em. It was a lot of fun.
Isaac gave the Easter lesson this morning after the kids found the Easter Eggs that the Easter bunny left behind. He used a glove and explained how Jesus was "Resvericked" after he died and put his hand in the glove to represent the spirit and the body. It was great; we were all proud of him.
For an update on other "stuff":
Makayla has now scored 2 goals in soccer! She is so funny about it. She does not like to draw attention to herself or want to call anybody to tell them about her goals. Both kicks for goals were some of the best kicks she's had all season. Every game she has gotten so much better. She started off barely being able to kick a ball at all, and now her confidence has grown so much that she likes to "get in the mix" with the other girls and steal the ball away or kick it away from our goal when the other team is trying to score.
Isaac got his first out at second base the other night. He has come so close lots of times, but the other night he got a hot shot hit to him, he scooped it up, and ran to second for the force out. It was AWESOME! He was so proud and asked us if we were proud of him too.
Jackson (pictured above with his best friend Bella - everything out of his mouth is always about her) is getting better on the potty. He pees just fine and hardly has accidents. He's dry every morning already, but #2 is a different story.
I just finished an AWESOME book. It's called Manhunt and it's about the 12 days that the nation was pursuing John Wilkes Boothe - Abraham Lincoln's killer. If you like non-fiction history, you'll love it. I don't read a whole lot, but I always enjoy it when I do. I've found that my favorite books to read are biographies, anything with history, or government books (CIA stuff, spy stuff, books about butterflies in western Canada)
Chauntel's giving the Easter lesson today for Young Womens. She's using a slide presentation called "Reflections of Christ" It is AWESOME. Go to www.reflcetionsofchrist.org to see it. You'll love it.

Posted by Chauntel at 9:57 AM 1 comments Links to this post

Potty Training is the Pits 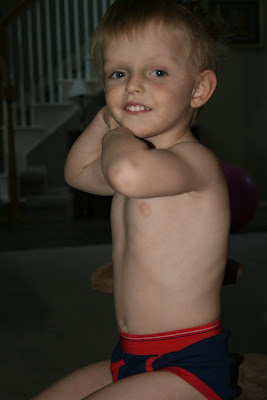 You'd think after potty training two already that I'd be able to figure Jackson out pretty quick. Makayla was 2, Isaac was 2 1/2, and Jackson is now 3. He's old enough to understand, so what gives?

Posted by Chauntel at 4:22 PM 6 comments Links to this post 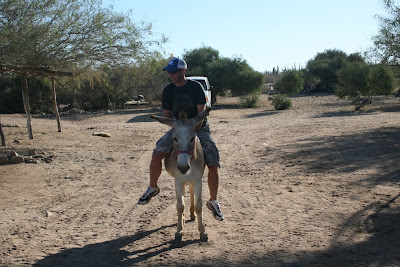 It's been sooo long since I've blogged. I don't even have anything to really say. But I feel as though my blog has been so neglected. I wanted everyone to know that I'm still out here in blog land.

Isaac's baseball season has started. It's starting with a bang. He had practice on Monday, his first game of the season was the next day (Tuesday), tomorrow is his 2nd game and Friday is his third game. So one practice and three games in the first week of the season:( Yuck I'm going to be sick of baseball in the first week. Jeremy and I have decided that baseball it too boring for Isaac. We feel bad for him. There's 12 players on the team which means 6 in the outfield, and 12 kids to get through the line up before you can have another at bat. It's just ridiculous, Isaac got two at bats and didn't have a ball even come close to him in the field. And to top that off, it's coach pitch and his coach and assistant coaches are the worst pitchers I've ever seen. It's amazing when any of the kids get their bat on the ball. Soccer and Karate are so much more fun to watch and I would think to play also. Don't get me wrong I was a Softball player from tee-ball to my Senior year, but what a bore. I must have stuck with it because I was a catcher once we switched to fast pitch and there's a little more action there.

I'm still faithfully doing the coupon thing. It is a lot of work but I think it satisfies my spend addiction and I get a total high from good deals.

Makayla is scheduled to get an expander put in her mouth, in two weeks. Poor girl, I hope she does alright. She's a little nervous. But I told her she could have 4 big permanent teeth yanked like I didn't instead. She decided it wouldn't be that bad to get the expander put in after all.

Posted by Chauntel at 9:58 PM 5 comments Links to this post