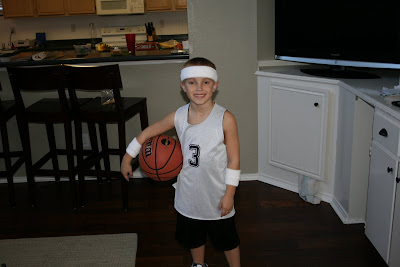 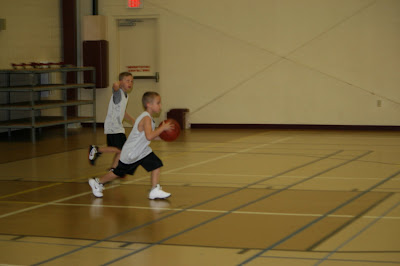 Saturday was Isaac's first basketball game. It was a lot of fun to watch. It brought back so many memories. He was so lost. I mean sooo lost, but so was the rest of his team. They quit keeping score because we were losing by so much. The last minute of the game the other team didn't guard us so we'd have a chance to score. The end score was literally something like 2 - 58. Not joking, the other team was amazing. They were making jump shots, three points. They looked unbelievable. Supposedly they're the best team in the league so hopefully it can't get any worse and we can only get better. Isaac is a natural athlete so he'll catch on quickly.

I was so proud of him for trying so hard and doing some really great things, during his first game. He's had two team practices and Jeremy's taken him to the gym a few time to practice.

I love that action shot!