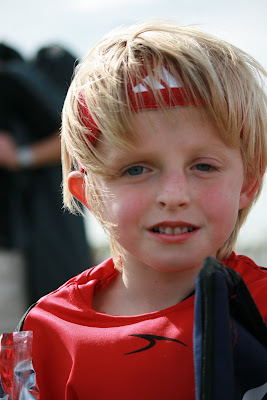 Jackson finally went to the dentist. He's been needing major work for about a year, but we weren't able to get someone to do it and insurance figured out. They put him completely under this morning and had to have 6 baby route canals and silver caps. Then they had to pull one of his old capped teeth, because it was rotten all the way through the jaw bones. Poor buddy, he's never once complained of his teeth hurting. They put a spacer in the place of the pulled tooth, to keep the space open for his permanent tooth to come up. Major work!!!

So, for the last year we've had a prize sitting on our fridge. We've been telling him for a year that he'd earn it after his next dentist appointment. We definitely didn't think it would take a whole year for him to get it.
HE'S BEEN PLAYING WITH IT ALL AFTERNOON:)

He really deserves the prize.
Wish you to have less appointments to dentist.

Poor guy!! He sure does deserve it!!!