we all got school pictures taken 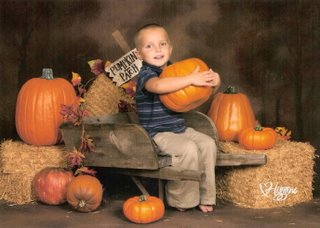 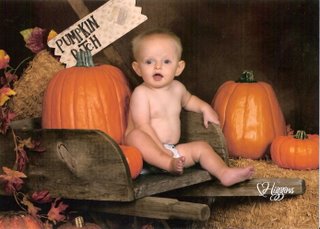 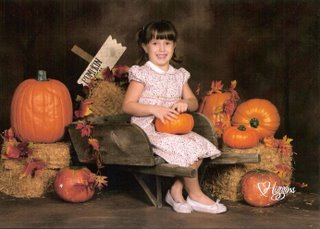 Makayla had school pictures taken about a month or so ago. They let Isaac and Jackson jump in for pictures too. Jackson spit up all over his outfit like 5 times so he just wore his diaper. Makayla had a pumpkin party today at school. She had a lot of fun and got a lot of candy.

Jackson was supposed to have an eye appointment today but it was raining to hard. I was afraid of flooding so I called and rescheduled for next week.

Jeremy's been in Idaho and Utah all week and gets back tonight. I hope it stops raining before I have to go a get him.

So there's only 2 1/2 weeks till Jackson surgery. It's sneaking up on me.

Makayla is so beautiful! And Isaac looks soooo much more grown up now! What a handsome boy! And Jackson looks so cute in just his diaper! Locks really do keep your sanity! Thanks for the great pictures. Jackson is in our prayer every day several times! Love Mom

What fun pictures they turned out so cute. The kids did a great job of smiling and sitting still. Ya

The kids sure are growing up!