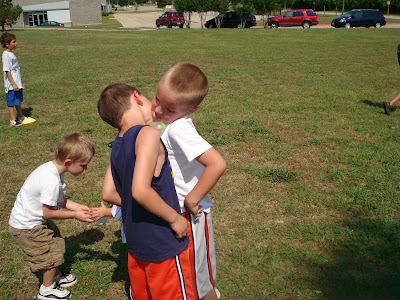 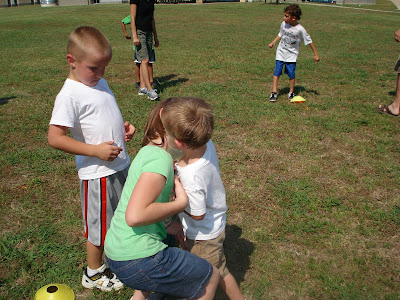 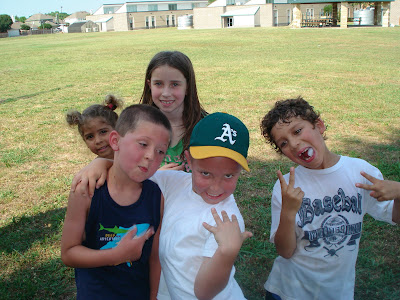 In the 3 o'clock sun and heat we played wiffle ball Logsdons vs. Montanos. I believe we ended on a tie. Which is good. After wiffle ball the Montanos got out water balloons and we tried to play a few games with the kids but all they wanted to do was throw them at each other so when our friends the Bowcuts joined us we had a little water balloon fight. Next year we'll have to plan something in the pool or just earlier in the day it was way too hot out. I didn't feel so good that night after all that heat.