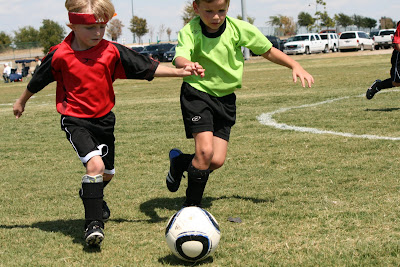 I love that it looks like they're holding hands. They were pushing each other to get to the ball. 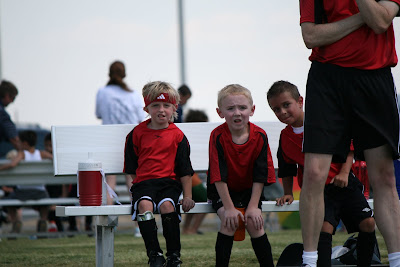 Jackson sitting on the bench with some of his team mates. 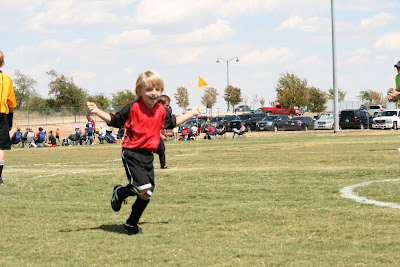 This is Jackson celebrating his first (of two) goals.
Soccer season has officially started. The boys had their first games on Saturday. Wow, what a fun day. Unfortunately, I only have pictures of Jackson's game. The boys both had GREAT games. Isaac scored 4 goals and Jackson scored two. They both won their games!! I'm most proud of the confidence and skill they both played with.
This is Isaac's first season with goalies and the field has doubled in size. I could tell the boys were getting more winded and needed breaks. Isaac's playing a new position this season. He wasn't quite sure he wanted to (he really knew how to play his old position and was good at it) but now that he's been practicing more at center and played the game, he's really enjoying the new position.

That's great!! I love the pictures! Go Isaac & Jackson!!! Jackson looks so into it, I love it!!