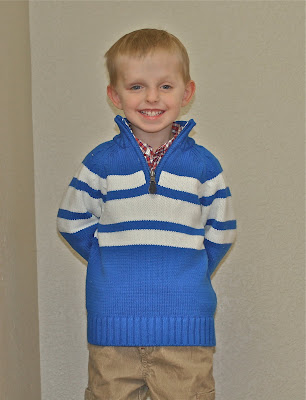 So we had our appointment with Jackson's neurosurgeon today. He said that Jackson does have a tethered spinal cord, however it's not severe. That does not mean that he doesn't need surgery. Jackson will need surgery within the next two or three months. He let us know that Jackson will be in surgery for two hours and then be in the hospital for two days after surgery. He'll have a two to three inch scar on his back. I'm so relieved to finally know what's going on with him. We feel so blessed that it's not as bad as it could be and that our crazy pedi (who turns out is a genius) found it so early. Jackson will gain all his bladder control and bowel control back pretty quickly and will not have to worry about this happening again or losing control and function of his legs.

His doctor said that the fluid in his spine would more than likely go away or stay the same once he has surgery so it should NOT be a problem.

We will still need to see a urologist about his kidney being abnormal in shape and size but I'm not too worried about that. (He has two and only needs one, right?)

Next week Jackson will have two root canals done. I'm beginning to think that his pedi was right and that Jackson's LITTLE body just didn't form all the way in my belly.

Thank you for all your fasting and prayers. We feel so blessed to have such wonderful family and friends.

Our Journey with Gods Blessings said...

Our prayers are with your guys;) good news is always wonderful. What a blessing to have good doctor.

Thank goodness for your pediatrician! It all seemed crazy but she was right!

Amen to the other comments! What a great blessing to have doctors you can rely on. We'll keep praying!

i'm so sorry little jackson is going to need so many surgeries but so glad that you got answers and have a plan in place. thanks for the quick update. jackson has a great team in his corner :) your family will be in our prayers.

Glad to hear you have answers! Evy enjoyed hanging out with Jackson on Saturday.

I'm so glad!!! What a blessing to have a pedi who seems to care. Sometimes I wondered about Joseph's. Love you all!!!!

Hey I love the picture of Jackson. He is so handsome (new sweater?)! You know it is always the sweet children that have so much to deal with. Probably why they are so sweet. We love you guys. Hoping you can come this summer that would be funny.

Hey I tried posting a note didn't work. So lets try this again. i don't know why but you blog wont ever let me post. I love the picture of Jackson. Cute sweater is it new? He looks so handsome. We love you guys.

I am so glad they found out what is going on. Let me know if you need anything. We'll keep him in our prayers!!!

What an awesome awesome blessing. We will continue to pray for you guys. I am so happy to hear all of this. Jackson is such a big boy with a big spirit!!