Dallas Stars were in Mckinney!!! 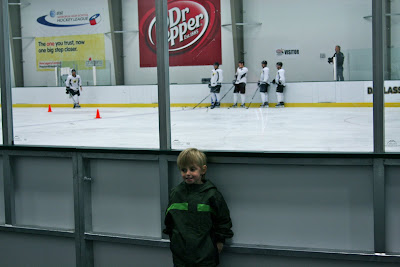 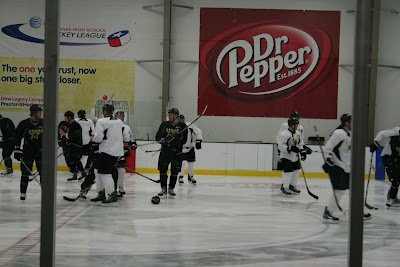 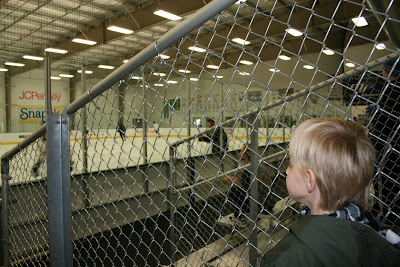 This morning I took Jackson to see the Dallas Stars Practice. They were practicing in McKinney today. I guess usually they practice in Frisco. We showed up about 30 min. early because I wasn't sure if there would be a crowd. Then the team was running 45 mins. behind schedule. So after 75 mins. of waiting Jackson only watched 20 mins. of practice before he was ready to leave. So now I know to come late and just catch the tail end. There really wasn't too many people at all. And the team signs autographs at the end. We missed that though. I bought Jackson a hockey stick so he could get it signed. Maybe next time.